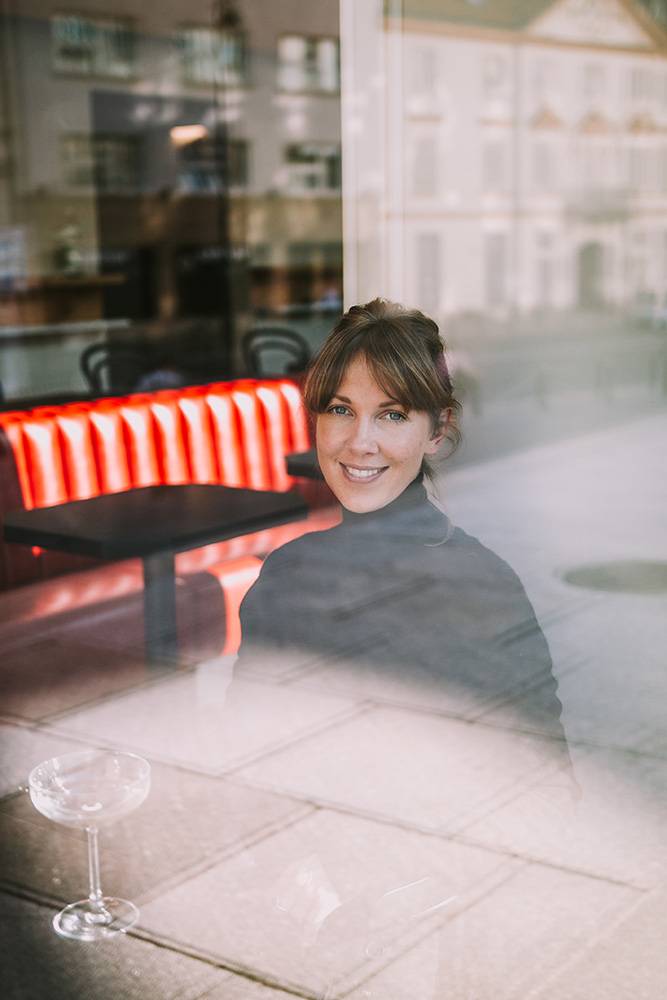 Why the name Bouillon, that is broth?

Although Charlotte is already a restaurant chain, I have never planned to make it a Starbucks-like chain. Each Charlotte is equally important and each requires individual approach. I pay a lot of attention to choosing locations that differ from each other. This is why, for example, we have opened Charlotte Menora in Grzybowski Square. Bringing about the concept of a Jewish Charlotte turned out easy, firstly, thanks to the help of the Museum of the History of Polish Jews, secondly, thanks to location in a place inherently connected to the Jewish culture of the city. The idea for the third Charlotte was born during the last visit to Paris. I discovered then that the French are falling in love anew in a certain restaurant concept from the 19th century – bouillon. Apart from the restaurant types we all know very well: brasserie, café or bistro, there is also one called bouillon – in French it just means meat broth. Such places were extremely popular in France at the turn of the 20th century. At some point, the French family Duval owned 400 such restaurants in Paris. Unfortunately, a time came when the bouillon concept ceased to develop and finally, didn’t survive in collective memory just like the still popular nowadays bistros or brasseries. Now it fortunately starts coming back and I believe it is a concept worth exploring. 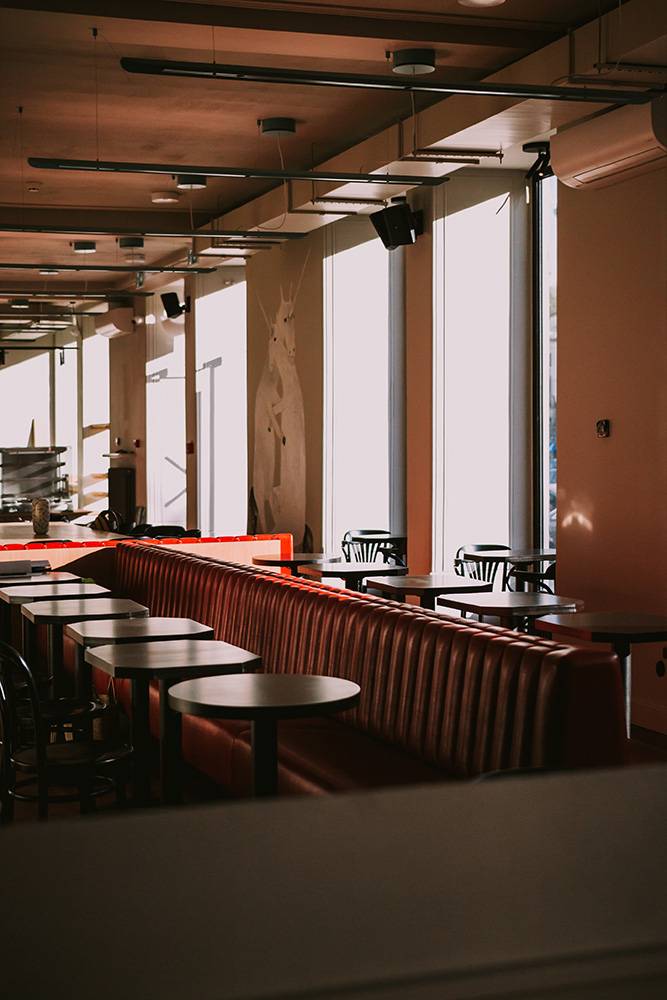 So bouillon is a bistro with soups?

Bouillon can be compared to the Polish milky bars, a showcase of the best of traditional French cuisine of good quality but at good prices. You can eat there something quick and tasty that warms you up. This is why, the bouillon concept used to attract the artists, the Parisian bohema, all the wide middle class of the past. Going out to the restaurant stopped being the priviledge of the rich. This is also close to the concept of the modern Charlotte – a place that is open and inclusive.

Charlotte Bouillon sounds like a character from a fairytale – how did you visualise this?

When I think bouillon, I see a hot traditional soup and at Charlotte we have always been inspired by the French tradition – in the menu, the food, as well as the atmosphere of the place and the interior design. This is our beloved piece of Frane that we want to share at home in Warsaw. My vision of Charlotte Bouillon is a place with traditional high quality French cuisine at reasonable price, served in almost mass and inclusive manner. I really like the idea of a place where you can come and just eat French dishes because, in Poland, most people still imagine that French cuisine, like escargots or frog legs, is elegant, exclusive an expensive. Our mission at Charlotte is to show people that these delicious treats that we all love so much in the European cusisine, can be eaten every day in a relaxed atmosphere and at affordable prices. 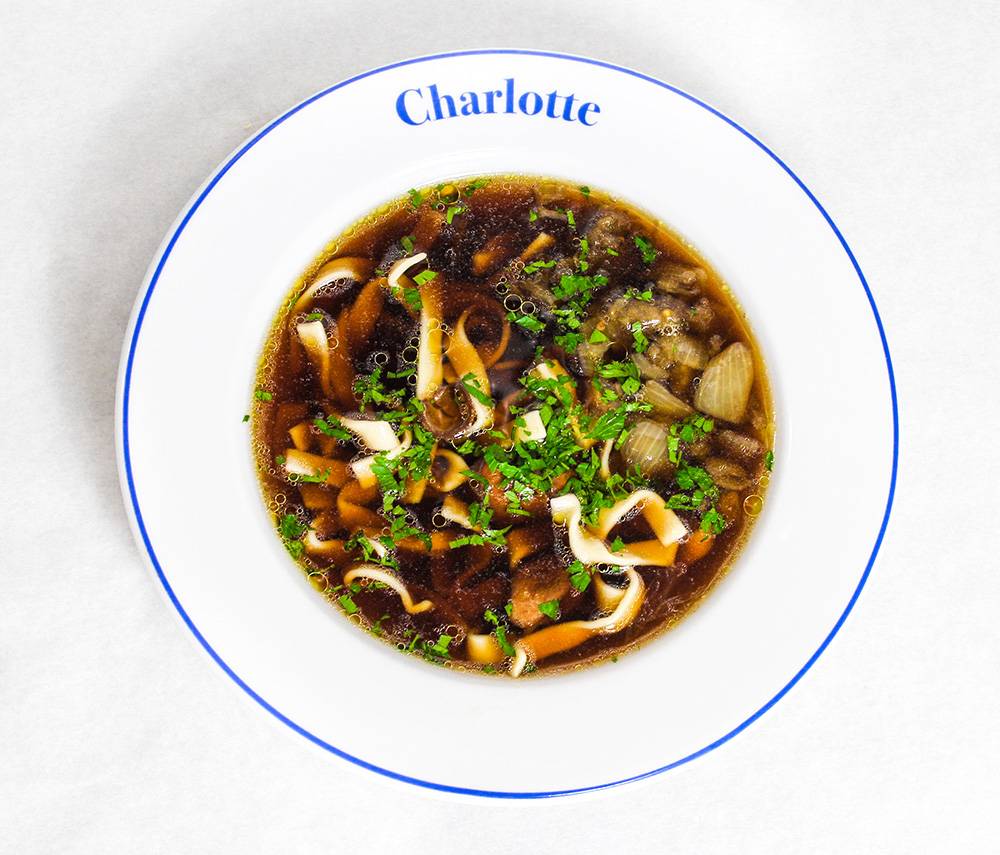 What’s new in the menu?

After ten years since the opeing of the first Charlotte, we have decided to take a step towards hot dishes and more restaurant-like menu. I must admit that we made this decision encouraged by many requests from our guests. The menu will include hot and cold starters, soups (the bouillon), main dishes and desserts.

What dishes exactly can we expect?

From the simple hard boiled eggs with truffle mayonnaise to more complex starters like snails Burgundy style, leeks in olive oil baked with our Charlotte bread, to our signature Bouillon in both vegan and meat versions. Of course, we will also have main dishes that certainly won’t leave you hungry – one with fish – Quenelle, as well as meat dishes – the classics like Boeuf Bourguignon or Boudin Blanc. All will be served with classic french fries that you will find in every French restaurant but somehow were so far missing at Charlotte.

All Charlotte restaurants have a coherent visual identification and interior design. We have heard, however, that at Bouillon you will have new works by youg artists. Tell me more about this idea and the new pieces that will hang on your walls.

I wouldn’t say it’s a change, rather a continuation. In our first Charlotte restaurant in Zbawiciela Square, we have two works of art. The first is a work by Marta Kochanek-Zbroja, a typical Parisian image – two elderly men sitting at a table in a bistro, playing cards and drinking red wine. I fell in love with this image at first sight and it immediately blended perfectly with the atmosphere of Charlotte’s interior. The second is obviously the classic set of mosaics by Geppert. We have uncovered them, restorated, preserved and we continuously take good care of them. It looks like we have always had some artistic elements arounds. We have invited Konrad Żukowski to work with us at Charlotte in Trzech Krzyży Square. We were thinking and discussing together over what decorative element could appear at the new Charlotte. We were analysing the history of Warsaw, as a matter of fact, our new restaurant is located in a historcal building in the central part of the capital of Warsaw. Although the House of the Party building brings obvious political connotations, we wanted to dissociate ourselves from its history and symbolically give this place back to the people. My first idea was about something universal and permanent that goes back to our common European roots and this is when I thought about the cave paintings with animals in Lascaux – in the end we were discussing a mural for Charlotte. Konrad brilliantly caught this idea and realised that these animals will be unicorns, which did appear in his works previously! It all ended up with a painting with both up to date and deep symbolism.

Where will you open the sixth Charlotte? 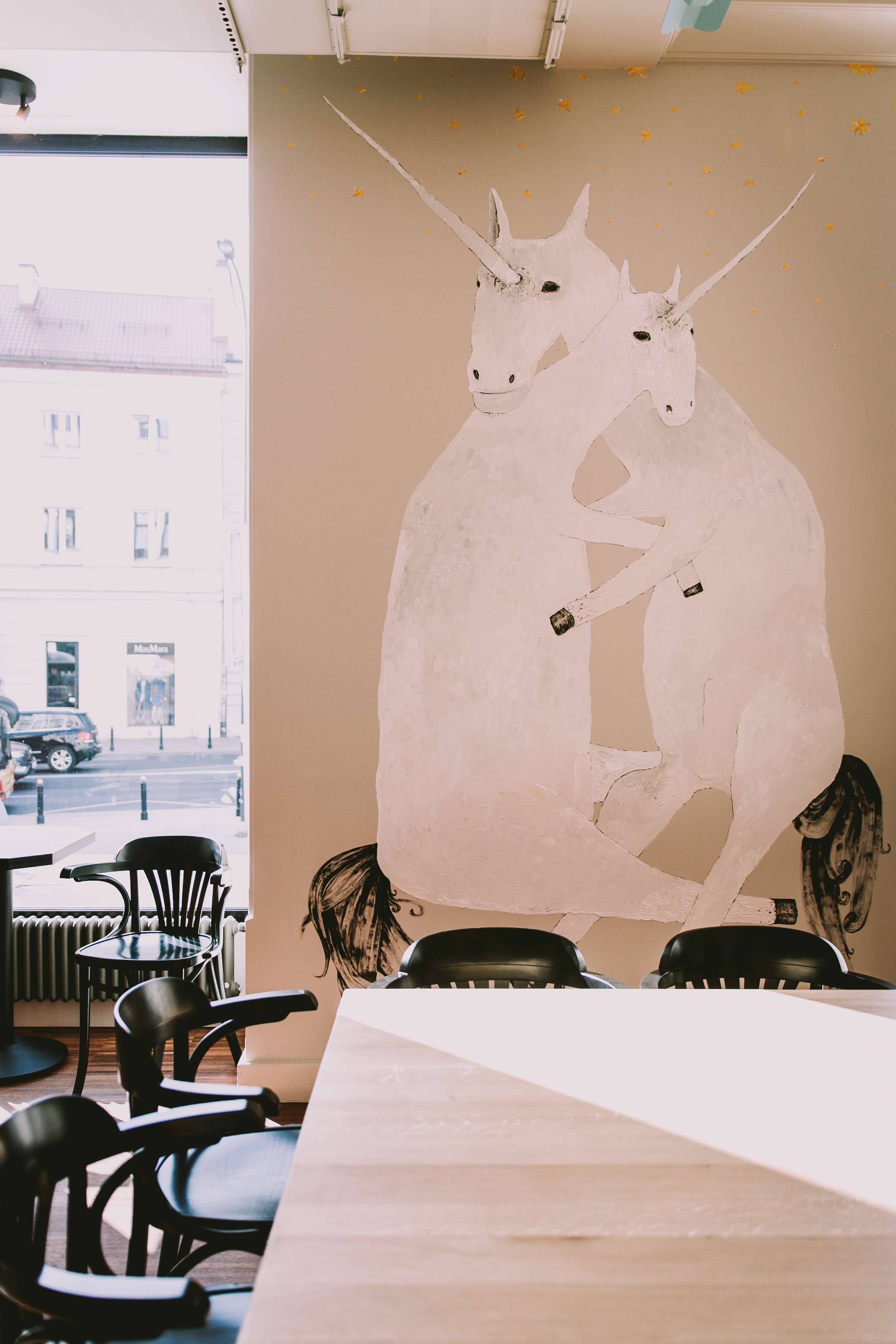