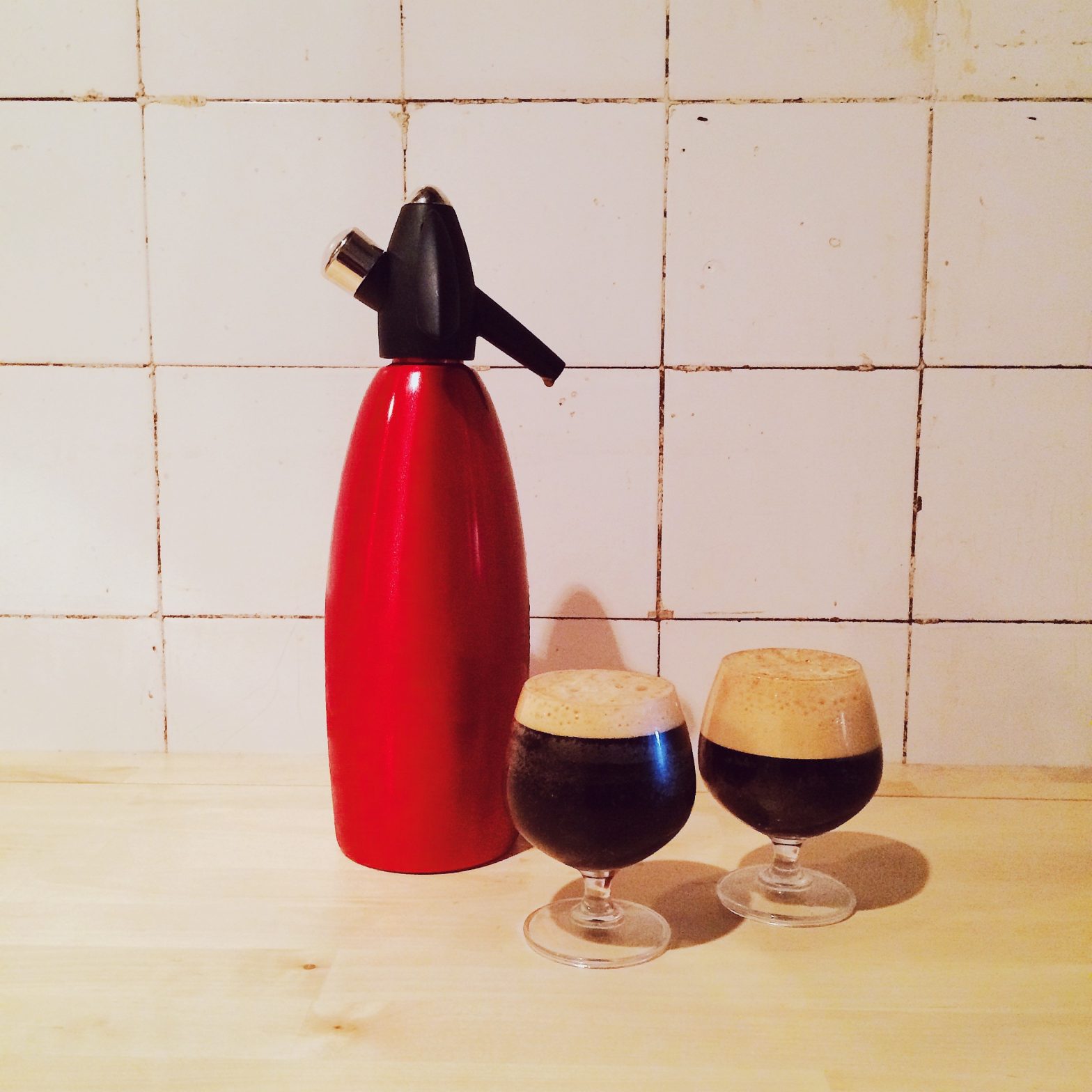 Ania Gracka, a barist from La Ruina relates:  We knew that out of the coffee it is possible to create everything, so why not a beer. And to create the one without an alcohol, without the malt, without hop. There is only and exclusively coffee. By the way we combine the two most extreme beer styles that is staut (dark, heavy one) and witbeer (beer of the upper fermentation, with the wheat malt with grains of the coriander, of orange peel, a very much refreshing, a very light summer one). Agnieszka Rojewska (the Polish master of the Little art) and Mateusz from the Brisman Coffee Bar are the authors of an idea, which we adopted from them (with their consent) and which we currently develope.  As a base we used a cold brew, to which we added a few shots of espresso and a grinded coriander which gives these characteristic aromatic notes, and it is very perceptible. And we sparkled all of that with the help of the old school soda siphons. The experiments began last year and lasted a few weeks, actually it still lasts because Poznań coffee house bartenders still modify their recipe and the proportions6. They use different mixtures of coffee in order to apply which one proves to be the best. The coffee beer is being served in a same glass just as for the cognac. It is a cold and a refreshing drink, which has a lot of caffeine, however it is less felt comparing with a single espresso, although it stimulates eqally.
The glass costs 12 PLN.
La Ruina, Poznań, Środka 3 Street.