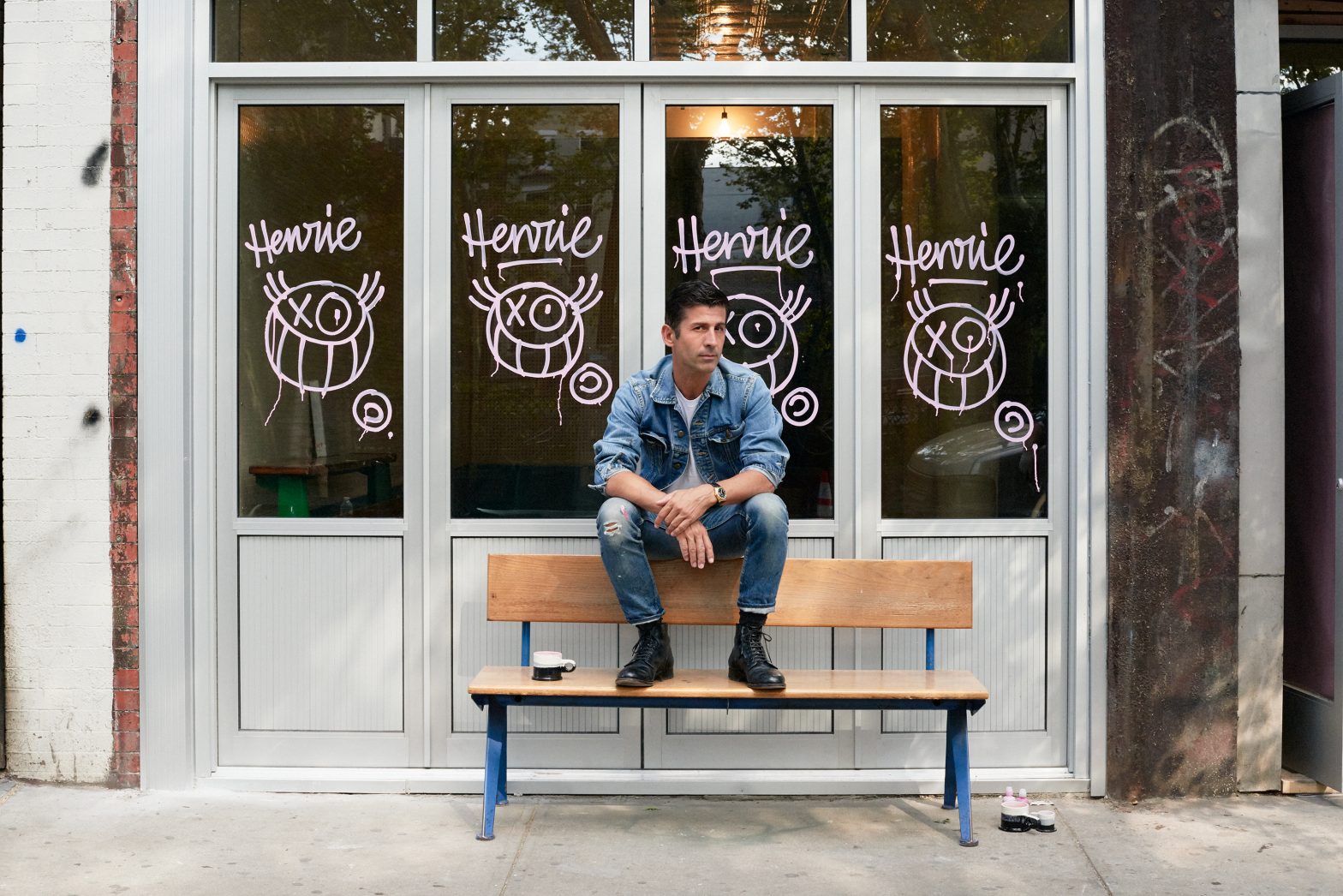 This place used to be a garage owned by a hot-dog booth. Now it is the most fashionable address in the Lower East Side. Café Henrie in the newest initiative of André Saraiva, a famous graffiti artist, who for many years has been a life and soul of the Parisian parties and fashion events. His projects include the design of the Hotel Amour and of the Castel Paris club. Conceiving a restaurant was then yet another challenge for him, especially since he admitted that he personally needed a place in New York where he could drink a delicious coffee. And, of course, it should be close to his studio.

The interior is a reflection André’s rich aesthetics. Among others, there are the timeless benches of Jean Prouvé which for years have been collected at the Parisian flea markets. Pink neons designed by Petra Collins hang in the toilets. Colourful, ceramic vessels designed by  Peter Shire (one of members of the Memphis Group) are a good reason to take a picture for Instagram. Café Henrie is constantly changing and the owner regularly invites his favourite artists to co-create this unique place.

And yet, Café Henrie is not only about its interior. It is the food, and the authorial menu of Camille Becerra that account for the restaurant’s success. The favourite dish of the New Yorkers is „Dragon Bowl“, a bowl filled to the rim with avocado, herbs, pickled veggies and garden salad. Vegan nachos served with mysteriously called sauces (such as Beet Tahini or Gentlemen’s Relish), „Persian” meatballs or tea and ginger chicken are only some of the menu’s delicacies that attracted our attention.

Café Henrie is surely doomed to popularity, thanks to Chloë Sevigny herself, who is  a frequent guest and a friend with André. But at the same time, this place seems to be one of the most chilled in New York, far from the turmoil of the fashionable districts.